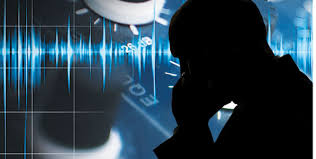 2019 was already a bad year for the UK demolition industry. Tainted by multiple site deaths and accidents, tarnished by a flurry of scaffold collapses, blotted by an ongoing investigation into collusion and blackened by a scathing indictment from the UK’s largest union; it was hard to imagine that the industry’s reputation could sink any lower.

But now one of the industry’s largest and most-profitable contractors finds itself at the very heart of an ongoing court case replete with claims of industrial espionage and covert telephone bugging.

According to a report in the Law Society Gazette, the office of Adrian Kennedy, in-house solicitor at demolition business DSM SFG, was bugged for two months at the end of 2018 and 40 hours of conversations recorded. Many of the conversations were ‘privileged and confidential’ ones between Kennedy and Stuart McNeill of Pinsent Masons.

According to the judgment, litigant John Thomas Kelly admitted in a witness statement to asking a retired police officer to bug the office after he became anxious about a £23 million transaction in which he sold interest in various businesses. The litigation concerns whether Kelly could rely on the covert recordings to support a legal claim.