Insufficient sleep impairs the brain like alcohol. So are your workers getting enough kip? 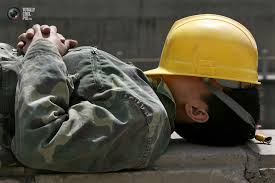 I am not a morning person. Until I have several cups of coffee and a scan of the morning’s headlines on board, I am generally best avoided.

I have always admired those early risers that can apparently cram 48 hours into 24 and for whom the sunrise is a constant companion.

But recent studies, as highlighted in this BBC report, suggests that human beings are designed to need sleep; and to need sleep at certain times of the day or night. Furthermore, there is growing evidence that shift-workers and those that work through the night are, in fact, at a greater risk of premature death.

It had always been assumed that our body clock would adapt to the demands of working at night, but as one of Britain’s leading sleep experts, Prof Russell Foster, from Oxford University, says “the really extraordinary finding across a whole range of different studies, is that you don’t adapt”.

That means those working at night for long periods are more likely to get a range of serious diseases from type 2 diabetes to coronary heart disease and cancer. And some scientists believe that anyone arriving at work at 4am has an ability to process information that is as bad as if they’d had a few whiskies or beers.

It is not unusual for demolition workers to be drink and drugs tested, particularly on sensitive projects on the railways. And rightly so; the lives of others rests in their ability to be alert. But has anyone thought to check if the workers have had sufficient sleep to ensure that they’re safe to work?

And on that sobering note, I may just take a nap.